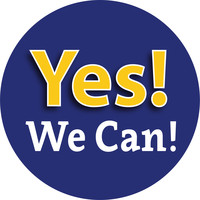 by nathan_michael
Comments are off 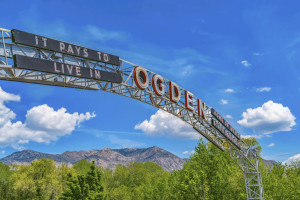 People outside of Ogden might not realize it, but Salt Lake City wasn’t the first European settlement in the area that’s now called Utah. That honor belongs to the old Fort Buenaventura — or, you know it as, yep, Ogden.

An article originally written for the Utah Office of Tourism, and now found at rootsrelated.com, claims Ogden gets the bragging rights after being settled in 1845 by Miles Goodyear, a fur trader who liked the area he saw near his settlement on the banks of the Weber River.

That was two years before the Mormon prophet Brigham Young leading pioneers across the plains until proclaiming “This is the right place!” when entering the Salt Lake Valley.

“The Mormons, who came to the state in 1847, met Goodyear and purchased (for $1,950) his fort and claim, which are the approximate boundaries of today’s Weber County,” the article noted. “The Brown family were sent by Brigham Young to begin settling the area in 1848, and the area was shortly known as Brown’s Fort. But by 1851, the name was changed to Ogden, named after a fur trader, Peter Skene Ogden, who had lived in the region dating back to 1825.”

Here are four other fascinating facts about Ogden:

High five! Ogden earned a big distinction in 2009, when it was ranked No. 5 on Newsmax magazine’s “Top 25 Most Uniquely American Cities and Towns” list. The article was written by Peter Greenberg, who later became CBS News travel editor. The rankings were reportedly based on features like quality of schools, proximity to medical care, culture, hospitality and scenery.

Bonus fact: Ogden is home to Rocky Mountain Motor Cars, which thanks you for taking the time to read this blog and looks forward to helping you with your vehicle needs! 5 interesting things about Ogden
No Responses. Car technology that actually makes us better drivers
No Responses. Be prepared for a catastrophe
No Responses. From the fast lane to the bike lane
No Responses. What questions will a health insurance broker ask you?
No Responses.